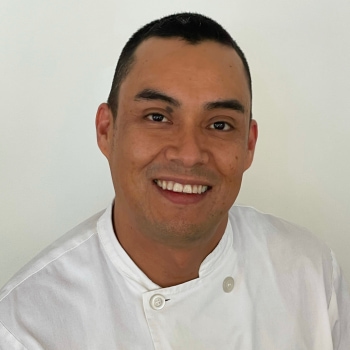 Ivan Villanueva was born and raised in Michoacán, Mexico. He migrated to the United States in 2000. Ivan became employed as a dishwasher at Greenbrook Country Club in North Caldwell, New Jersey. Within three months, he was promoted to the pantry department where he learned the hands-on preparations of various cold buffet and salad presentations. After successfully learning the pantry and Garde manager skills of the Club Ivan later moved on to learn the prep needs and mastered all stations on the line successfully.

As his skill level progressed, Ivan wanted to learn as much as he could in the fast-paced club environment. In 2005 he was promoted to Sous Chef in charge of cold production. In 2010 he was promoted to Executive Sous Chef under the guidance of Chef Tony Villanueva, then served as Interim Executive Chef in 2015. From 2016 through 2020 Ivan joined his mentor Chef Tony at the Edgewood Country Club in River Vale, New Jersey as Executive Sous Chef.

In October 2020 Ivan took the lead at the beautiful historical Orange Lawn Tennis Club in West Orange, New Jersey as Executive Chef. Ivan Has been a guest chef at various charity events and helped raise money with Chef Tony. Ivan is a very talented chef with strong ties to his culture. His main influence has been from meals he helped his mother and grandmother prepare as a child in Mexico.

Ivan has an incredible gift for detail and food presentations. He has the ability to prepare many different styles of cuisine but remains true to his Latin flavors instilled in him. Ivan was mentored and trained under the direction of Chef Anthony Villanueva AKA “Chef Tony”. They have worked together for over 18 years now and really complement each other.

Chef Tony says that Ivan is a natural in the kitchen, his ability to bring food presentation to the next level really enhances everything we do at the club. 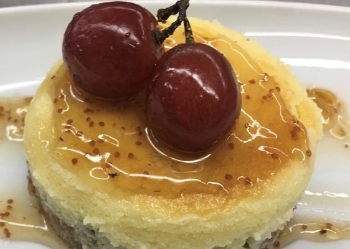 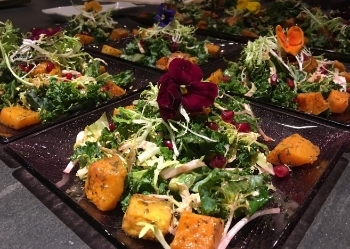 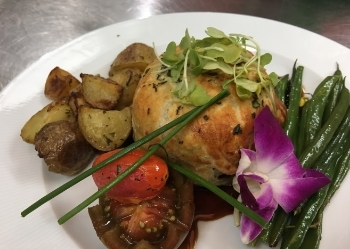 Tony Villanueva was born and raised in the lower east side of Manhattan, New York. He started his culinary career early in the 80’s working in pizzerias. Later, he started working in Greek and Mediterranean-style restaurants where he developed his flavors for Mediterranean cuisine. Through hard work and endurance, he began to rise up in the ranks in the kitchens her worked in - often being mentored by old school Greek, Italian, and Jewish chefs. 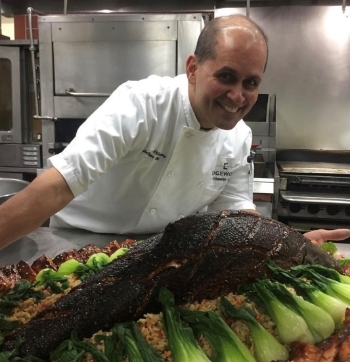 After 16 years of experience in kitchens, he enrolled full time in culinary school at “The Culinary Institute of Hudson County Community College”. One day, one of his instructors told him about an opening that was available at “Green Brook Country Club” in North Caldwell N.J. He also told him, “with your experience and knowledge of food, you will easily become Executive Chef in two years.” Tony was honored for his recommendation and went to work. He quickly rose up the ranks and was promoted to Executive Sous Chef in less than six months.

In his 19 years at Green Brook, he became involved with some of the Club’s charity events such as “Play for Pink & Teal” to benefit cancer research and “Casa of Essex” for the benefit of Court appointed advocates for children. In November 2015, he had the honor of returning to Green Brook Country Club as an “Honoree of CASA of Essex,” and was the first Chef to be given this honor. He began auctioning off his services and created the “Chef Tony Dinner Experience”. These dinners created quite a buzz and started fierce bidding wars. It brought great joy to Tony’s heart as the dollar amounts for these dinners quickly began to rise.

In September of 2015, he took on the role of Executive Chef at the beautiful privately owned Edgewood Country Club in River Vale, New Jersey. In October 2020, he was promoted to WS Hospitality Group Executive Chef.

In May 2019, he was invited to Mexico to the St Regis & Four Seasons golf resorts in Punta Mita, Mexico. The highlight was leaving his signature dessert for American tourists to enjoy – white chocolate Oreo-crusted cheesecake with an Agave strawberry lime compote.

On July 19, 2021, he had the distinguished honor of being honored by the “Reed Academy” and “Greens do good” for my support and partnership of their organization. He has been published in several magazines and prints, including Clubs and Resorts Magazine.

In June 2021, Edgewood Country Club Ranked #12 in the country for Crème De la Crème for culinary Excellence by Clubs and Resorts Magazine. Tony is the proud father of six children and has three beautiful grandchildren. He is married to Evelyn Villanueva, his wife of over 37 years. 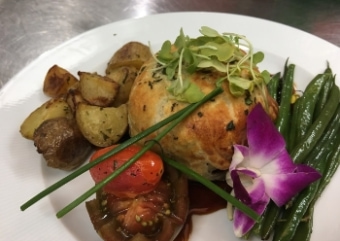 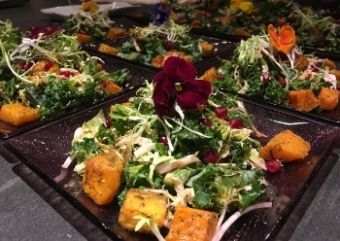 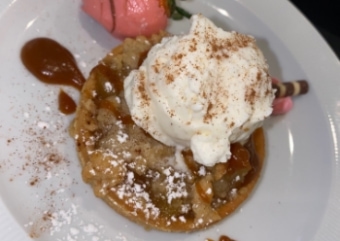 You are the difference!

Your support of our fundraising event allows us to provide specialized programs and services for all clients.